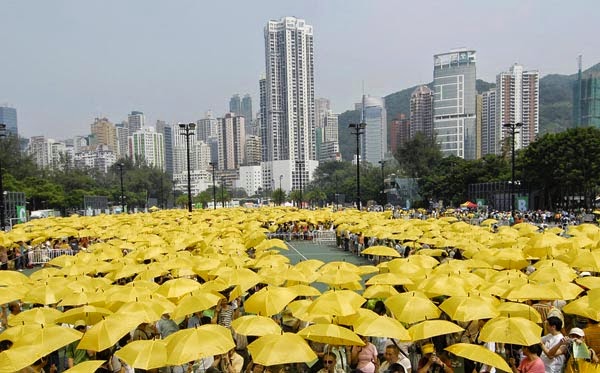 Thousands of Hong Kong protesters have ignored government calls to leave the streets to permit the return of public transport services. Police clashed with the protestors overnight when they tried to end the unrest that had spread over the weekend. (listen)

Protesters are demanding that China permit public nominations for the territory’s chief executive. Police used tear gas and pepper spray to force protesters off the streets. But many protesters refused to leave. (listen)

Posted by US Citizenship Podcast at 1:22 PM