When Collecting Things Becomes a Problem 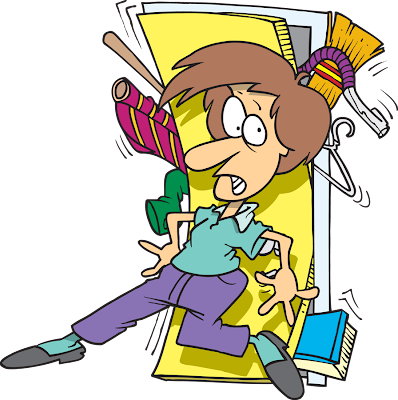 Compulsive Hoarding Syndrome...is both a mental disorder and an issue of public safety.

Many people in the United States are looking forward to the return of spring. At this time of year, millions of Americans do what is known as spring cleaning. They open windows in their homes to let in fresh air. They use cleaning products that make their homes smell nice. And some organize their belongings.

Many Americans have a strong desire to clean up their homes. This can also be called removing clutter. Clutter can be described as a disorganized collection of things. To remove clutter means to throw away the things you do not want. Then, you organize the things you have decided to keep. (read more) (listen)
Posted by US Citizenship Podcast at 12:30 AM